As promised, I'm going to take you on another of my walk(ies).  If only I had a dog.  (Border Terrier please Santa).

This time we went to Papil Beach.


Again, I've marked the route out (for my own amusement more than anything really, I mean, its a
beach, we walked along it, you can prolly guess the route from the first overhead pic..) 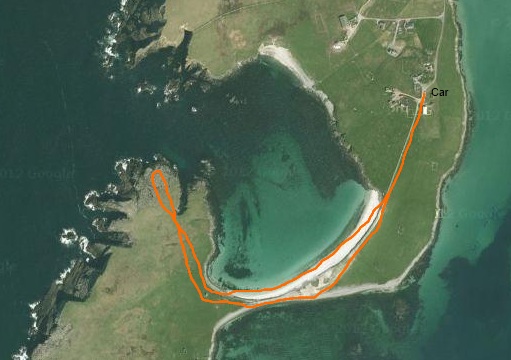 Its a great beach to visit as it caters to those who like their sandy beaches, those who like their pebbly beaches, and even those who prefer sea cliffs and weird rocks...   I'm prolly in the "sandy" camp.  Unless its hot and sunny... then I'd much prefer pebbly beaches as there's less chance of encountering sunbathers - all that flesh, in public...  ewwww no thank you very much.  Anyway, not that much likelihood of that up here! 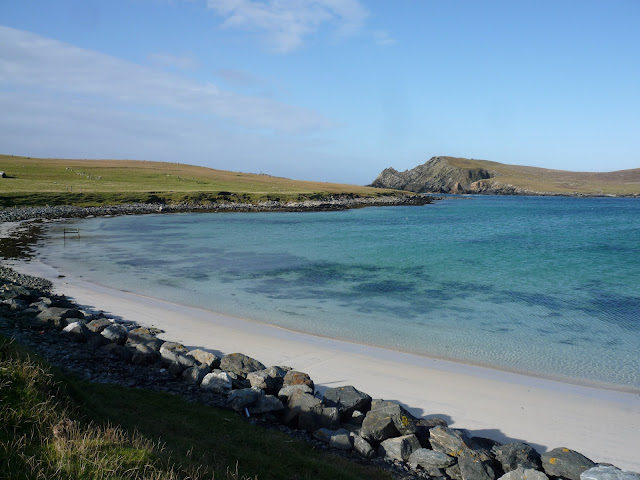 See those cliffs at the end there?  Thats as far as we got.  To be honest it was a pretty tough walk for me as the second half was over the hillside so I was dodging poo, tripping over rocks, wobbling on the edge of rabbit holes...  I just really need flat ground! 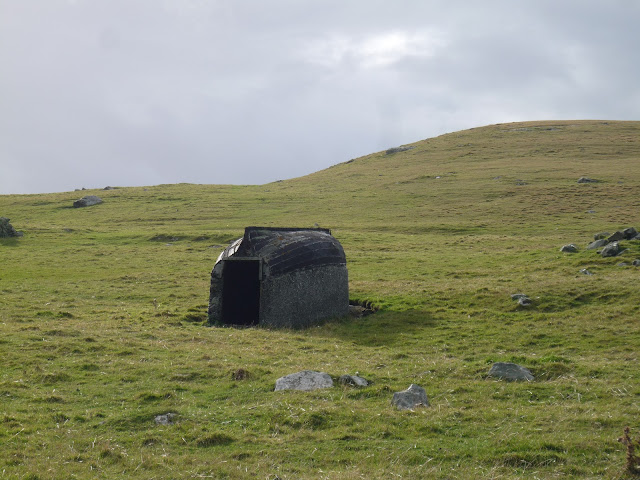 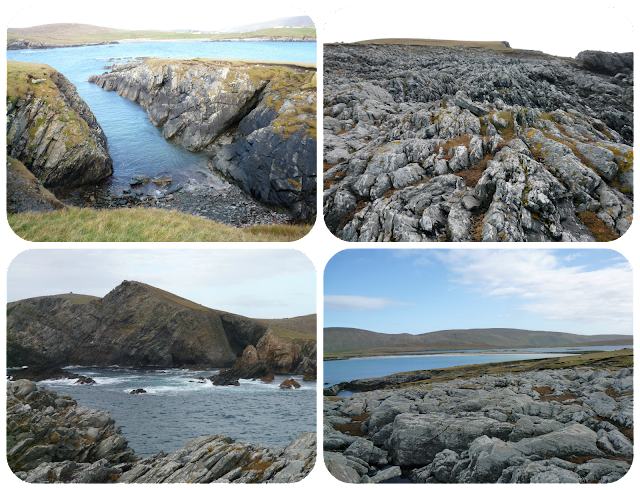 This was the coldest walk yet...  Absolutely freezing.  And the wind out on those rocks was fair blowy too...  Man did very well at not laughing (too much) when I had to resort to shredding a snotty tissue and stuffing it in my ears....  Sorry but, the pain!  Must remember to take a pocket full of cotton wool next walk.   And I did very well indeed fighting the urge to sleep.  No kidding, see those jaggy rocks in the bottom two photos?  Got that far and a massive wave of SLEEP hit me, big time.  I got all teary and pouty and woozy had to sit down, then really regretted sitting down as a fierce desperation to just curl up on the rocks and sleep took over.  No question at all, had man not been there I'd have done it.

Anyway, he kept on talking to me and helped me up again and coaxed me into walking again, held onto my arm to make sure I stayed upright, and it eventually wore off.  The view back seemed even nicer but that might just have been knowing I could see where the car was.... 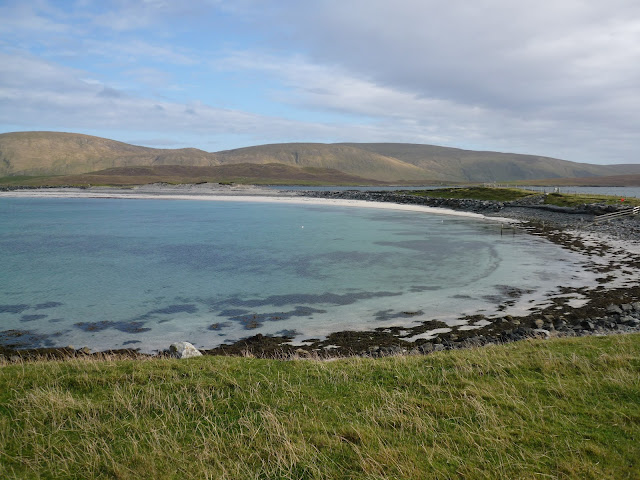 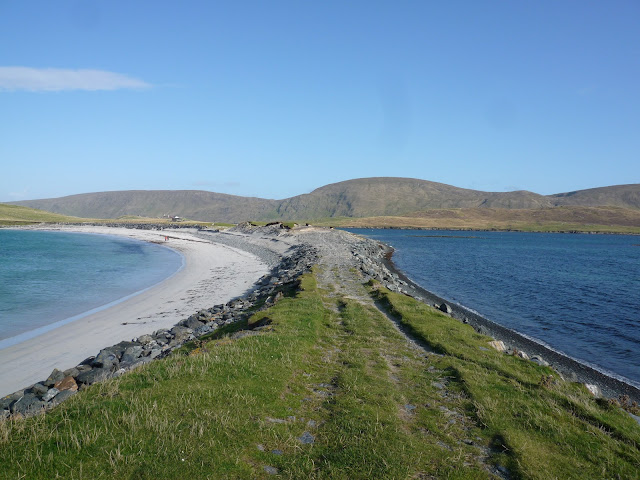 Did you spot that dark grey bit of cloud?  Just the one wee bit in the first picture?  Well it worked its way to above our heads just in time for the final nasty uphill slog of the walk and we got soaked.   Bet you wish I'd taken a photo of that too....
Posted by Sarah on 22.10.12