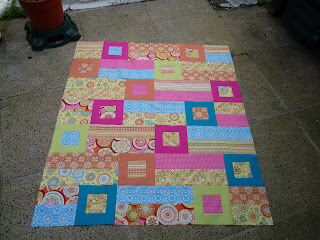 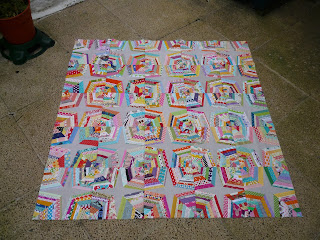 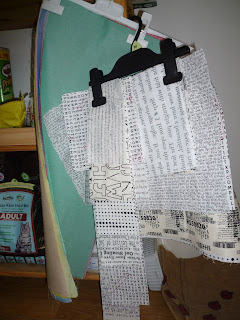 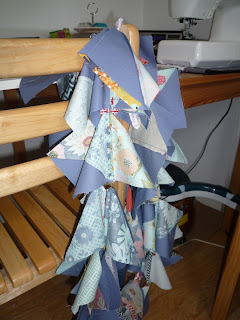 The PB&J HST quilt.  Bit of a nightmare but should come good! 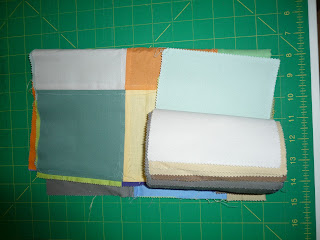 An oldy but hopefully still worth finishing... 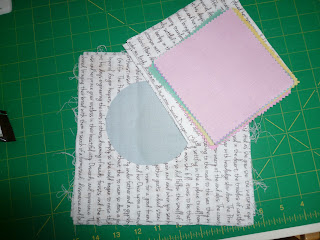 Another texty one, you're going to like this one.... 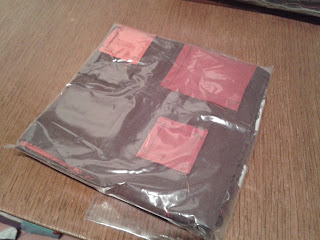 Carried over from last time, cushion cover in the making. 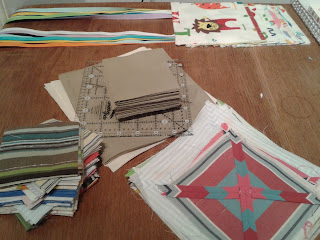 Carried over from the last time, the good old stripey quilt... 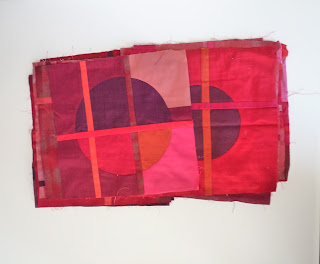 Carried over from last time, my brit bee blocks.  Got a lot to do here... 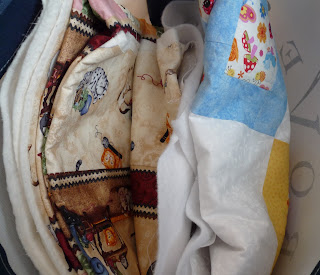 Some Linus quilts to finish for others. 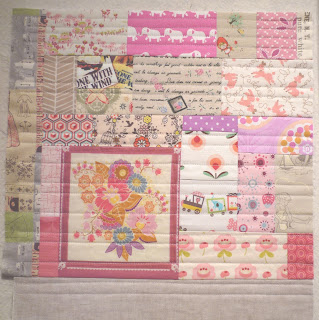 Two quilt as you go panels, maybe a tote?

All in all, I think thats enough for 3rd quarter.  However, I might try and squeeze in a whole load of other stuff as I'm very aware that my third trimester might be pretty bad so sewing might be out after the third quarter.  (And I do need to prepare....  Blankies, bibs, etc...  )  Its all just wait and see...

I've been waiting quite a while to write this blog.  First though, I just want to say thanks to those who've sent me lovely thoughtful emails wondering whats up.  They've meant a lot to me, and I appreciated every one.
Soooo.  Its been a while....I feel distinctly out of practice!

I've not been well, but I've not been ill either.
I've spent the last 9 weeks or so being sick.  Its not stopped yet either, I'm just on some pills to make the food stay down now, which are sometimes working.  Mum has been with me though, poor dad has only seen her when she went home for 2 weeks!
All this has been because.. ooh I'm all scared to say it on the blog...  I'm going to (hopefully) be having a baby.

I am exceedingly happy about it by the way, I just haven't had much of a chance to sound like it cos I've been "calling for Ralph and Huey" as my dad would put it, pretty much constantly and I've been all weak and pathetic and tired - unbelievably tired.  I've had my 12 week scan now though, and OMG I have a wee baby dancing and kicking about in there!  Still finding that very hard to believe...  Even after bean (bean is nicer than it or he/she) waved at me, I'm still finding it hard to believe beans really there.  I'm sure that'll stop soon, or at least as soon as the spewing stops anyway!
Little miss Elliecat has been suffering too.  She cant bear me being unwell, and for the first month of sickness, she worried herself ill and had to have injections, pills, special food, the lot.  I've felt so guilty!  However, the less I throw up, the better she's getting.  She will not leave my side though!  Whoever heard of a kitty getting sympathy illness?!  Daft wee soul.

All this started when I should have been going to Susans for the brit bee meet up, so I wasnt there.  Now, next weekend is Fat Quarterly Retreat, and I am just not well enough for that either.  My proper return to blogging might just have to wait til thats all over, as I am gutted beyond words not to be going.  Cross your fingers for me that I'll be fine in time for the Scottish retreat - The Stitch Gathering - in Edinburgh at the end of August!

So that's why I've been quiet.  That's what's been going on with me.

I'll do a photo heavy finish along post next, and hopefully in a week or two I'll get back into the swing of blogging properly.  I have actually started doing a wee bitty sewing, although NOTHING compared to mum - she's practically had steam coming off my sewing machine!

My laptop is currently in the repair shop, and I'm writing this on the slowest old tank in the world..and I'm still pretty tired, so I might not manage replies to all comments this time - hope you forgive me!