My man gave me a new nickname last week.  Not content with calling me "toddler", he decided that apparently I am toddler Borg.  I have been assimilated by the quilty Borg and cannot function without plugging in to the collective....   (if you have no idea what I'm on about, be glad.  Be very glad.)

Yes, I really struggled with my first week of being offline and "no service".  So much so that when ever we were out and I got a flash of a 3G bar I was straight on Instagram...  Yeah yeah, I should be ashamed of myself.  But I had to....  If any of you who may not be on IG missed it, I posted this awesome pic.

It comes from here.

Possibly the coolest tea room I've been to, the Greenhouse, up in the middle of nowhere picturesque highlands of Scotland.  It's two floors of charity shop cleverly decorated with things like a curtain made out of shirts sewn together, bunting from old comics, vintage dresses in frames on the wall... so cool.  That dude was sat right next to me as I had my cuppa.  I think its a costume bear head over a lampshade on a standard lamp, with a fuchsia feather boa too.  Naturally.


Little FUNCy did come on holiday, but I'm afraid my enthusiasm for taking silly photos outside with him did not.  Jeez it was BALTIC!  I did get one pic though, little FUNCy with my snow...thing.  It was going to be a snow dalek and I was quite chuffed with how it was starting to shape up and my man sabotaged it cos he said it looked like something else entirely that really shouldn't be left at the front door for all to see... Rotter.  However,  one snow fight later, little funcy did meet the snow thing. 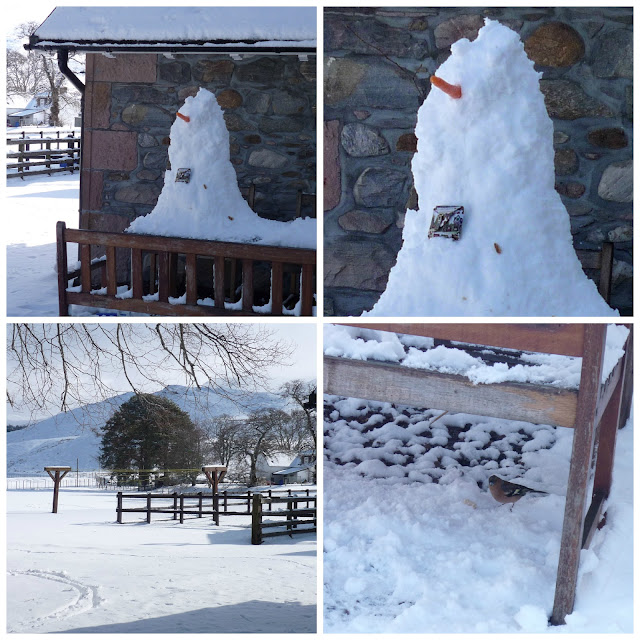 There has been some sewing, but it has been immensely frustrating!   If anyone has EQ7, and / or English Paper Piecing experience, please please can you tell me where I am going wrong here?
I printed out EQ7 pattern pieces for some blocks.  We cut the pieces out, and we basted, and we joined.  First block, things seemed to be going together beautifully right up until the end, then we realised that no, things had not gone together "nicely" at all!  This will NOT sit flat, it has a swivel / bump in it.  Also, it is WAAAAY too big for the four corner pieces!

Block two was a non starter.  The first ring is way too big for the centre, and even too big for the second ring.  We've had the pieces out and fractionally trimmed them, and it still didn't work! 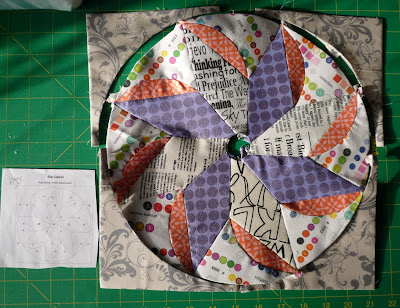 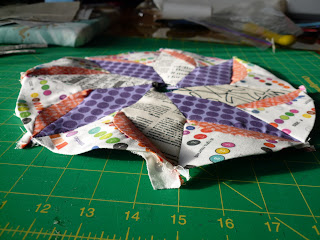 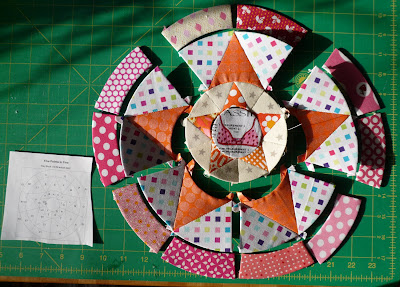 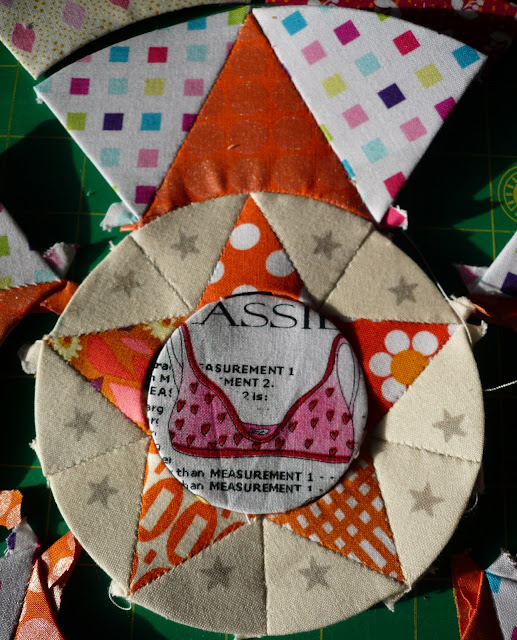 I will be back very soon with a fabulous (ha ha) tutorial for a block that DID work.  Eventually...  Anyone up for spiders webs?